Humanity in a Creative Universe, by Stuart A. Kauffman 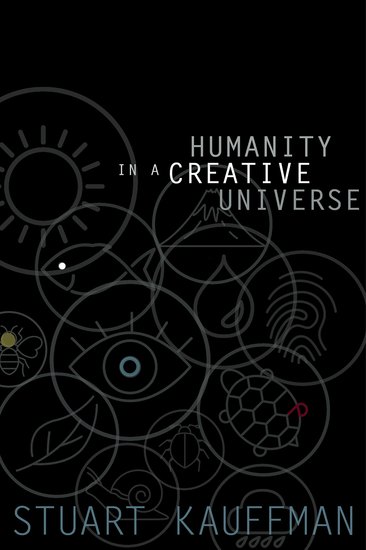 In the hard sciences, which can often feel out of grasp for many lay readers, there are « great thinkers » who go far beyond the equations, formulas, and research. Minds such as Stephen Hawking philosophize about the functions and nature of the universe, the implications of our existence, and other impossibly fascinating, yet difficult questions. Stuart A. Kauffman is one of those great thinkers. He has dedicated his lifetime to researching « complex systems » at prestigious institutions and now writes his treatise on the most complex system of all: our universe. A recent Scientific American article claims that « philosophy begins where physics ends, and physics begins where philosophy ends, » and perhaps no better quote sums up what Kauffman’s latest book offers. Grounded in his rigorous training and research background, Kauffman is inter-disciplinary in every sense of the word, sorting through the major questions and theories in biology, physics, and philosophy. Best known for his philosophy of evolutionary biology, Kauffman coined the term « prestatability » to call into question whether science can ever accurately and precisely predict the future development of biological features in organisms. As evidenced by the title’s mention of creativity, the book refreshingly argues that our preoccupation to explain all things with scientific law has deadened our creative natures. In this fascinating read, Kauffman concludes that the development of life on earth is not entirely predictable, because no theory could ever fully account for the limitless variations of evolution. Sure to cause a stir, this book will be discussed for years to come and may even set the tone for the next « great thinker. »